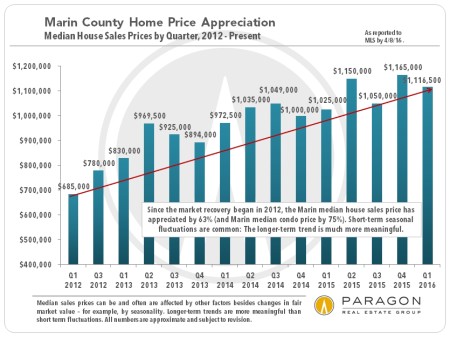 Chart: Median Price Trends since 1990 Looking at the market statistics and trends for the Marin County homes market, what stands out is how remarkably steady its core dynamics have remained in recent years. Inventory remains low by historical standards and has continued to decline this year. Demand remains solid with a very high percentage of listings accepting offers, especially for more affordable homes. It has been a strong market since 2012, but, generally speaking, not the overheated frenzy that has sometimes prevailed in San Francisco. Indeed more buyers from the city have been arriving in Marin, because though home prices here are high by any state or national standard, they are significantly more affordable than comparable homes in SF. Marin home values continue to rise: The Q1 2016 median house sales price was about 9% higher than Q1 2015, which is right in line with the Case-Shiller Index rate of appreciation for higher priced homes in the Bay Area. Q2, just started, is typically the most active quarter of the year, and we will know much more about where the market is going in the next few months. Market Supply & Demand Trends The following 3 charts illustrate some of the dynamics of the Marin market over the past few years, and are broken out by houses under and over $2 million. It is common for the market for more affordable homes to be hotter than that for more expensive homes, and market pressure has generally increased around the Bay Area in the more affordable price ranges as buyers look, sometimes desperately, for options they can still afford. Houses under $2 million maintained an extremely high percentage of listings accepting offers in the quarter, and those listings that sold without going through price reductions averaged a sales price 3% above asking price. They also sold in a relatively low average of 36 days on market. (The columns in the charts below reflect all sales.) These are indications of strong buyer demand, but to give an idea of what is going on in the city, the average percentage there for Q1 homes under $2 million selling without price reductions was an astounding 15% over list price. As can be seen, more expensive homes typically take substantially longer to sell. In this last quarter, the number of homes selling for $2 million or more dropped significantly from previous years, but it is too soon to tell if this was just one of those market fluctuations that naturally occurs from time to time, or a sign of a longer term trend taking shape. 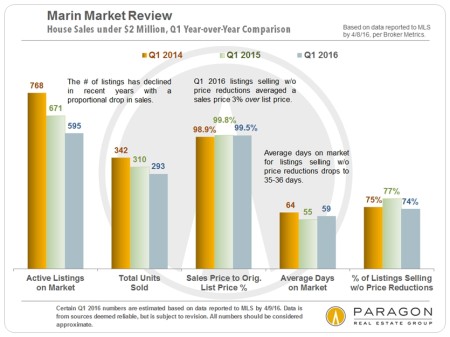 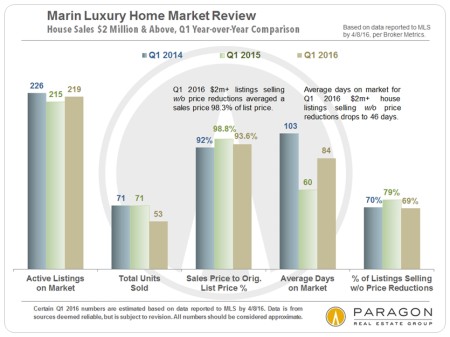 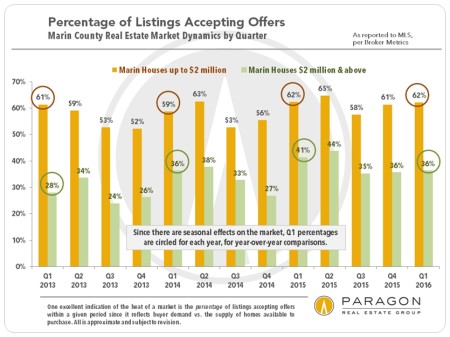 Comparative Home Prices Some Marin cities and towns see relatively small numbers of sales in any given period, and that can cause median prices to fluctuate somewhat dramatically simply due to the particular basket of unique homes that sell during the time being measured. Still, the below charts give an idea of home prices and sales volume by home size in communities around the county. As can be seen, the biggest markets in Marin are Novato, San Rafael and Mill Valley. Median sales price is that price at which half the sales occurred for more and half for less. It is a very general statistic that typically conceals a wide variety of prices in the underlying individual sales. 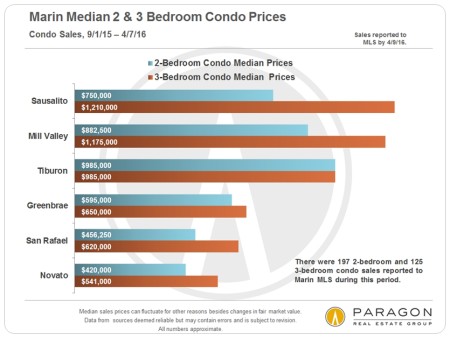 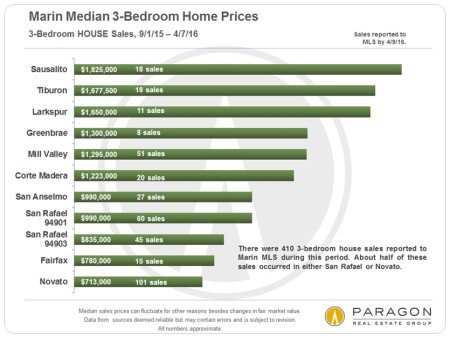 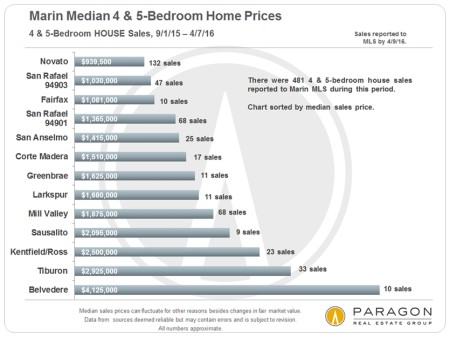 That the median price for both 2-bedroom and 3-bedroom condos in Tiburon was exactly the same in the period being measured is probably just a short-term anomaly. Employment Statistics One major factor in an appreciating real estate market is increasing numbers of people moving into an area to take new jobs, especially well paid ones. These charts illustrate the recent explosion of employment in the Bay Area. As a bedroom community to San Francisco, Marin itself has not seen a particularly large jump in new jobs, but its homes market is very much impacted by job growth across the bridge. Marin currently has the lowest unemployment rate of any county in the Bay Area except for San Mateo, which is the white-hot center of the high-tech boom. 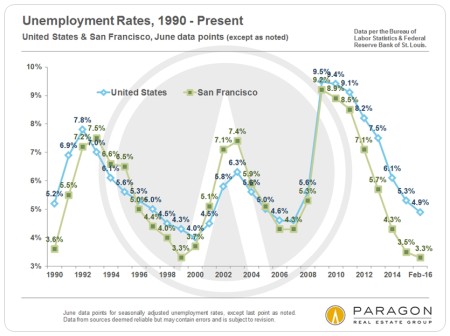 This chart below illustrates long-term trends in unemployment rates in SF and the U.S. but the trends generally apply to Marin as well. Though not delineated on this chart, the Marin County UE rate is currently a tiny bit lower than that of San Francisco. 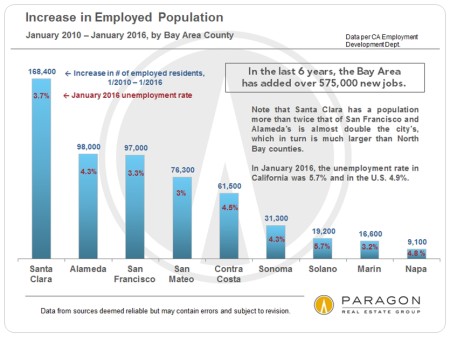 Stock Markets & Interest Rates After all the travail regarding the stock market volatility since last summer, it is now, as of early April, pretty much back to where it began. And interest rates have actually fallen since the Fed raised the benchmark rate in mid-December. These conditions are typically considered very positive for real estate markets, though both can be subject to sudden and significant change. 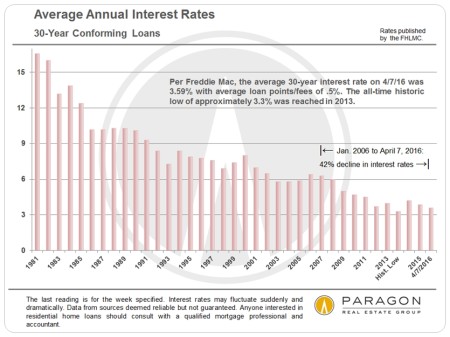 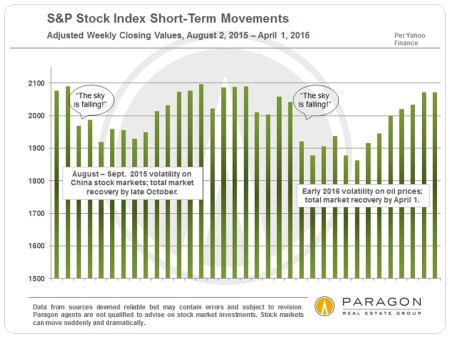 Chart: Short-term Interest Rate Trends
These analyses were made in good faith with data from sources deemed reliable, but they may contain errors and are subject to revision. Statistics are generalities and all numbers should be considered approximate. Sales statistics of one month generally reflect offers negotiated 4 to 6 weeks earlier, thus a fair number of YTD 2016 sales reflect market activity in late 2015. © 2016 Paragon Real Estate Group